January 2023 Court again re-schedules McIntosh hearing in USA vs Lynch for August 7, 2023. Government pushes the blame off to Lynch for all his delays in hearings in the past.

February 24, 2015 Charles Lynch filed Appropriations Act, 2015 Section 538 Motion to end his prosecution for operating a medical marijuana dispensary in 2006. The series of Government and Lynch motions follows with most recent first.

SEC. 538. None of the funds made available in this Act to the Department of Justice may be used, with respect to the States of Alabama, Alaska, Arizona, California, Colorado, Connecticut, Delaware, District of Columbia, Florida, Hawaii, Illinois, Iowa, Kentucky, Maine, Maryland, Massachusetts, Michigan, Minnesota, Mississippi, Missouri, Montana, Nevada, New Hampshire, New Jersey, New Mexico, Oregon, Rhode Island, South Carolina, Tennessee, Utah, Vermont, Washington, and Wisconsin, to prevent such States from implementing their own State laws that authorize the use, distribution, possession, or cultivation of medical marijuana.

And the government’s proposal flips the presumption of innocence on its head. Criminal defendants, of course, are innocent until proven guilty. See In re Winship, 397 U.S. 358 (1970). Mr. Lynch is entitled to a presumption that he complied with California law unless and until the government proves otherwise.

The Reply is 38 pages and there is a 10 page max so a request to file the oversized brief is included. The 9th Circuit hasn't replied to any of the requests for extensions lately...

Free Federal Public Defenders file for a final one day extension to reply to Government's opposition to Lynch's Section 542 motion.

For the reasons set forth above, defendant’s motion should be denied, and this Court should order that defendant third brief on cross-appeal be filed without further delay.

Federal Prosecutors file oversized response opposing Lynch's Section 542 Motion. The response is 27 pages and there is a 20 page max so a request to file the oversized brief is included. The 9th Circuit hasn't replied to any of the requests for extensions...

Click the 'Government 542 Opposition' button to read the Government's Final oppositin to Lynch's Section 542 motion. Thank you for your support! Charles C. Lynch

I am an Assistant United States Attorney in the Central District of California...Additional time is also needed because of the size and nature of defendant’s Motion. Defendant’s Motion consists of an oversized 27-page brief, presents multiple issues, and includes two volumes of exhibits.

Click the 'Request for Relief' button to read the request. Thank you for your support! Charles C. Lynch

In their amici curiae brief, U.S. Representatives Dana Rohrabacher (R-CA) and Sam Farr (D-CA), the lead authors of Section 542, explained that the rider was intended to apply to cases like Mr. Lynch’s—and to this case in particular. Specifically, they wrote that the purpose of their amendment was stopping federal prosecutions “like the one pending . . . against Charles Lynch.” Dkt. No. 103, at 8. Referring to this case, the Congressmen cautioned that “[p]ermitting the DOJ to spend more federal funds to prosecute one of the very cases Congress intended for the DOJ to cease prosecuting defeats the purpose of the Rohrabacher-Farr Amendment entirely.” Id. at 11

Money Slinging Marijuana hating Federal Prosecutor David Kowal is expected to file his felonious frantic reply by March 16, 2017. But my Deputy Federal Public Defenders have some news for him:

In addition, if the government’s continued spending on this case is unlawful, the Court should not ignore that fact and allow further expenditures on appeal. The concern is not solely unauthorized waste of taxpayer funds—although that interest is weighty. The government’s failure to comply with Congress’s directive violates the Appropriations Clause, U.S. Const. art. I, § 9, cl. 7, and the Anti-Deficiency Act, 31 U.S.C. §§ 1341 et seq., 1511 et seq., implicating constitutional rights and potential criminal liability for the government. See McIntosh, 833 F.3d at 1175 (“[I]f DOJ were spending money in violation of § 542, it would be drawing funds from the Treasury without authorization by statute and thus violating the Appropriations Clause.”); 31 U.S.C. § 1341(a)(1)(A) (making it a felony for federal employees to “make or authorize an expenditure or obligation exceeding an amount available in an appropriation or fund for the expenditure or obligation”); see also id. §§ 1350, 1517(a), 1519.

Click the 'Request for Relief' button to read the 253 pages of work by Federal Public Defenders. At the cost of an appellate attorney these days that cost could be up to and beyond $253,000 just for this one motion not to mention the millions spent prosecuting and defending Lynch. Lynch has Free Federal Public Defenders and your donation is greatly appreciated. Freedom Fighting is not a paid position. Thank you for your support! Charles C. Lynch

UPDATE: February 15, 2017: Click here for the transcripts from the February 2, 2017 hearing. I see the transcripts are not even dated correctly, it was Thursday February 2, 2017 not Monday February 2, 2017.
UPDATE February 14, 2017: Filed order (Appellate Commissioner): The court has received the defendant’s motion (Docket Entry No. [130]) for an additional extension of time in which to file the third cross-appeal brief, the government’s opposition (Docket Entry No. [131]), and the defendant’s reply (Docket Entry No. [132]). The motion is granted in part. The third cross-appeal brief is due within 45 days after the date of this order. Any further request for an extension of time to file this brief is disfavored. The government’s optional reply brief is due within 14 days after service of the third cross-appeal brief. (Pro Mo) [10318678] [10-50219, 10-50264] (MS)
UPDATE February 13, 2017: Lynch's Federal Public Defenders file reply to Government's opposition to Lynch's request for extension saying Federal Public Defenders should be working on the Section 542 motion as the Final Brief may be mute if Section 542 relief is found.
UPDATE February 10, 2017: Federal Prosecutor Dave Kowal files opposition to Lynch's latest extension of time to file Final Brief to the 9th Circuit court of Appeals saying any section 542 motion should be combined into the Final Brief.
UPDATE: February 7, 2017: Lynch's Federal Public Defenders filed an extension to file the Final Brief to the 9th Circuit Court of Appeals while they work on the Section 542 motion.
UPDATE: Thursday February 2, 2017: Charles Lynch appeared in Los Angeles Federal Court before Judge Wu regarding the 9th Circuit Court of appeals request from Judge Wu as to whether Charles Lynch was in compliance with State Law while operating his dispensary. Judge Wu refused to answer the Compliance question on hand and instead asked the question of whether Appropriations Act Section 542, a spending rider, can unwind a conviction and even possibly incarcerations based on the Controlled Substances Act. He also stated that if he were to decide on Compliance on this day either side would Appeal his decision, so it was faster according to the Judge to let the 9th Circuit Court of Appeals answer his question about whether a conviction can be unwound, then he can make his ruling based on the existing record.

The Prosecutor in the case tried arguing that Lynch's chance to file a Section 542 motion had expired and the Judge dismissed this claim. The Prosecutor also said that Lynch's Section 542 motion should be combined into his final appeal as opposed to being argued on its own merits.
UPDATE: Friday January 27, 2017 Lynch files final Section 542 brief 'Reply in Support of Motion for Written Indication That the Court Would Grant or Entertain a Motion for McIntosh Relief; Memorandum of Points and Authorities' Click the 'Lynch Final Reply' button below.
UPDATE: Thursday January 19, 2017 Government files 'GOVERNMENT’S OPPOSITION TO DEFENDANT’S REQUEST FOR AN INDICATIVE RULING' Click the 'Government Opposition' button below for the document.

I'm living in New Mexico now, help me get to Los Angeles, Donate Today. Thank you! 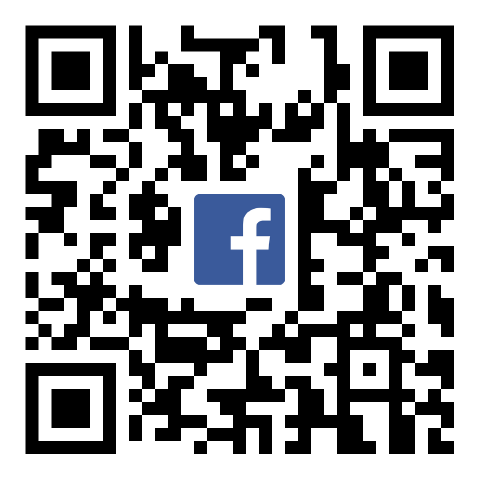 A decision in USA vs Charles Lynch is set for February 2, 2017 at 9am in the Downtown Los Angeles Federal Court House. Lynch's Federal Public Defenders filed a Appropriations Act Section 542 motion to end his Federal Prosecution for operating a Medical Marijuana Dispensary in Morro Bay CA. Section 542 prohibits the Goverment from spending money on such prosecutions. The Section expires in April 2017 if not renewed. Prosecutors responded with a request for a delay until late January 2017. Judge Wu set a hearing date of February 2, 2017 9am in Los Angeles CA. Even found a typo in the document "no long with this office".

This request is based on the Attached Declaration of AUSA David Kowal...I am one of the government’s counsel of record in defendant Lynch’s pending appeal and the government’s cross-appeal before the Ninth Circuit, 9th Circuit Docket Nos. 10-50219 and 10-50264...My co-counsel in this matter is no long with this office. Other government counsel who are likely to assist me in responding to the Motion have lengthy pre-planned leave similar to or more lengthy than mine.

Big Thank You to all my supporters. Your help getting me to Los Angeles for this possibly historic hearing is greatly appreciated. Thank you! Charles C. Lynch

December 12, 2016: In the ongoing Federal Medical Marijuana Appeal USA vs Charles Lynch, Lynch's Federal Public Defenders filed a motion to end the Federal Prosecution of Lynch based on Approprations Act Section 542. Lynch claims it is a Felony for prosecutors to continue this medical marijuana prosecution based on Section 542 stating:

Even a de minimis expenditure of unauthorized funds violates the plain text of Section 542 and the Anti Deficiency Act, which makes it a felony for federal employees to make or authorize and expenditure or obligation exceeding an amount available... It is a violation of constitutional magnitude.

UPDATE: December 14, 2016 Judge Wu released Charles Lynch's Bail! Today Judge Wu released the Family Farm now owned by my Sister Amanda Garcia. My little brother Pat Lynch posted the Family farm as part of 400k bail to get me out of Federal Detention back in 2007. He later died and left the property to my sister Amanda. A motion years ago released other portions of the bail including 108k posted by my brother Tom Lynch and property valued at 100k belonging to my Step Father Larry Garcia. A big Huuuugge thanks to my family for believing in me through these very difficult past 10 years.

UPDATE: December 12, 2016 Judge Wu has denied Lynch's first motion to have the bond released saying that the Prosecutor must be notified. John Littrell contacted the prosecutor David Kowal who opposed releasing the bond. Littrell quickly refiled the motion noting the Prosecutors felonious opposition to the motion.

December 11, 2016: In the ongoing Federal Medical Marijuana Appeal USA vs Charles Lynch, Lynch has been on released supervision for over 9 years with a Bail of 200k. The 200k bail was posted by Charles Lynch's brother Pat Lynch who later died and in turn left the property to their sister Amanda. The property has been held for almost 10 years. Lynch's Federal Public Attorney John Littrell filed a motion before the District Court of Judge Wu to have the Bond released.